Breckenridge Troll: Everything You Need To Know 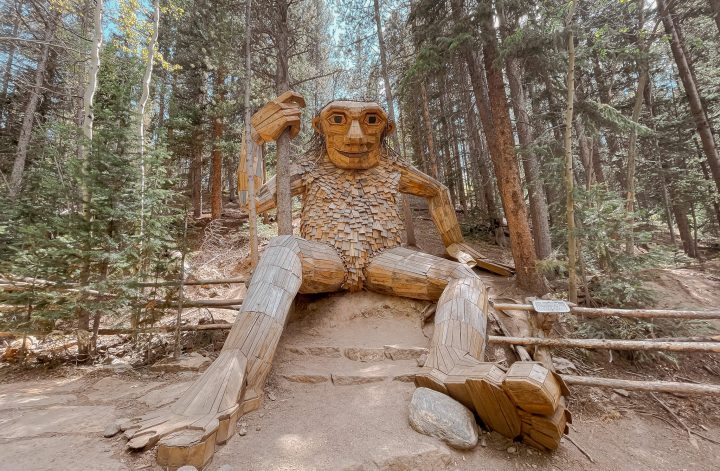 Is the Breckenridge Troll Worth All The Hype?

As I was planning my weekend trip to Breckenridge, the Breckenridge Troll kept popping up in my search.

If you’re planning to see the Breckenridge troll, look no further.

I went with my family for my husband’s birthday, and this gentle giant can be easily incorporated into your Breckenridge itinerary.

If you’re trying to figure out how to get there, what to expect, and any planning advice, I got you. 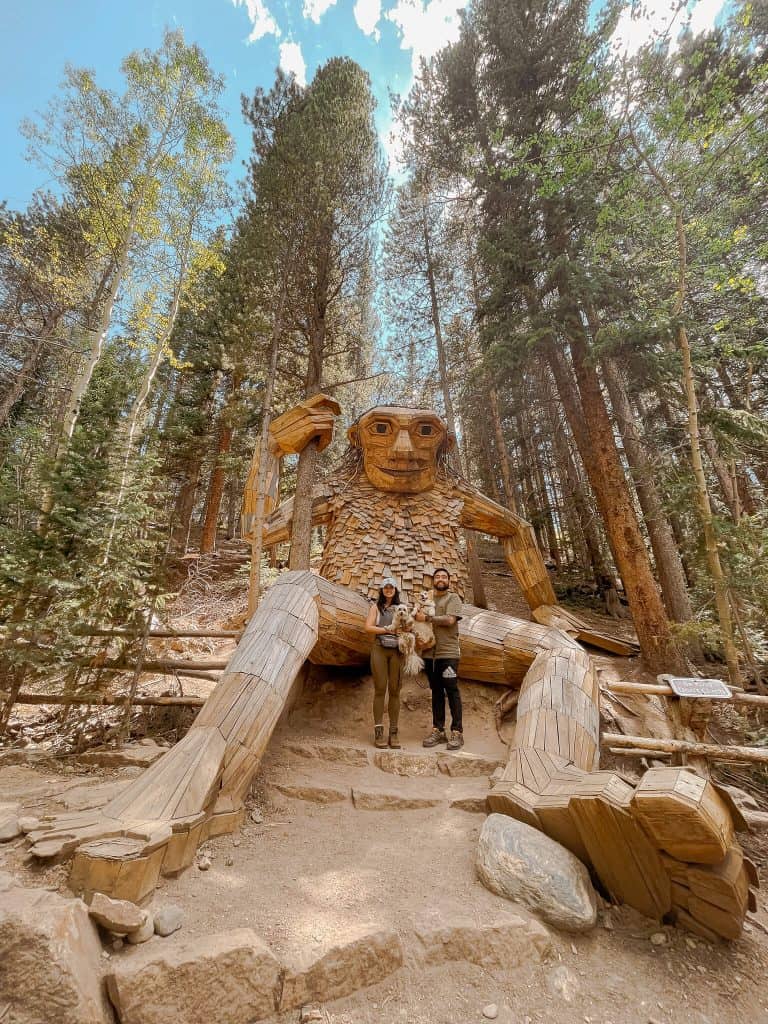 Sign up for my newsletter. I send emails about 3 times a year or when I remember.

He is a well known recycle art activist.

What’s not to love about a man who creates art while reducing the Earth’s waste?

The Breckenridge troll became so viral that it would garner over 3,000 visitors a day.

Because of the increased foot traffic from visitors and tourists (I mean why would you not want to see this troll), the neighbors became furious from all the inconveniences that the Breckenridge troll brought.

I can’t imagine having that many visitors a day.

Breckenridge is already such a small town.

I would assume all the traffic, people, noise, and lack of parking probably contributed to it.

It’s hilarious to talk about the drama regarding this troll.

After a few weeks of complaints, the council from the townhall meetings originally decided to keep the troll, but eventually the vote changed for it to be destroyed.

One the people of the internet found out about this decision, in addition to Thomas Dambo’s plea to rehome the Breckenridge troll instead of destroying it, the council changed their decision AGAIN.

The Breckenridge troll was taken apart immediately and in early 2019 was rebuilt again at its new location.

The original troll actually looks a bit different than the newly rebuilt one.

Isak Heartstone had a complete glow up.

The relocation and rebuilding did wonders on him. 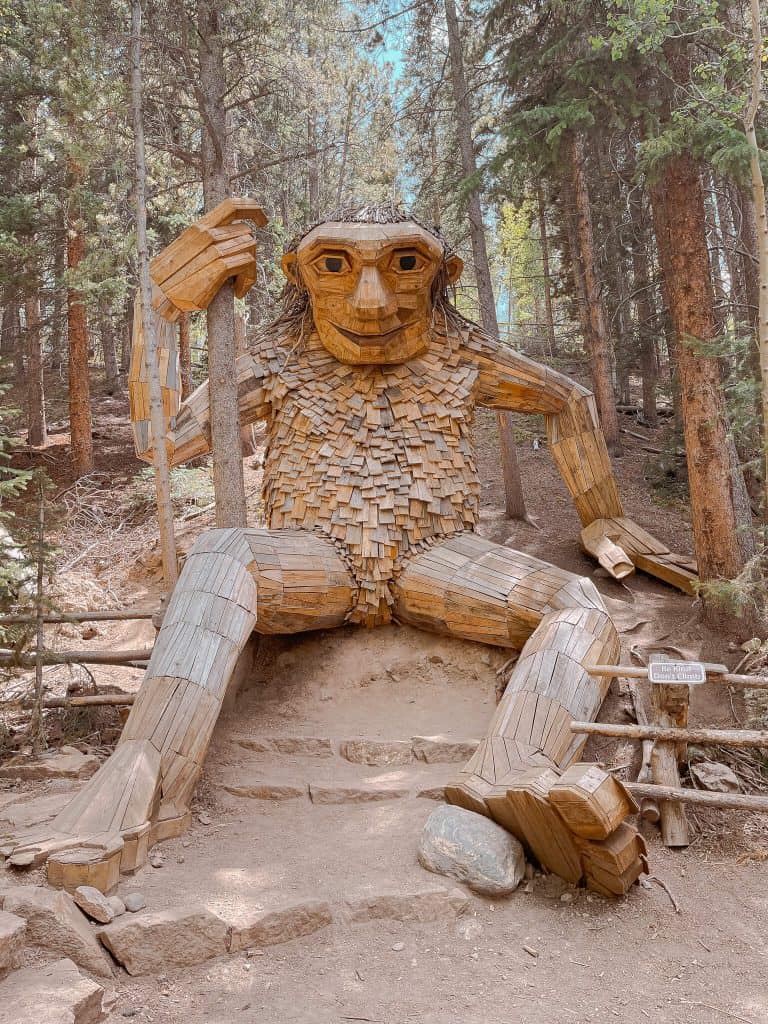 The Creator Behind The Breckenridge Troll

Thomas Dambo is all about recycling, reusing, and everything sustainability.

He has numerous other trolls in all parts of the word like in South Korea, Australia, Belgium, Chicago, and Puerto Rico.

Most of his trolls are made with wooden scraps and downed trees.

The Breckenridge troll was his first one in the US and 40th wooden troll sculpture.

You can find the location of all his troll creations on this interactive map found here.

He is based in Denmark but was looking into returning and settling in Breckenridge.

In addition to trolls, he has other creations like bird houses from recycled materials and wood and huge whimsical wall installations all over the world.

We love a guy who creates art by repurposing materials that would normally go in the trash. 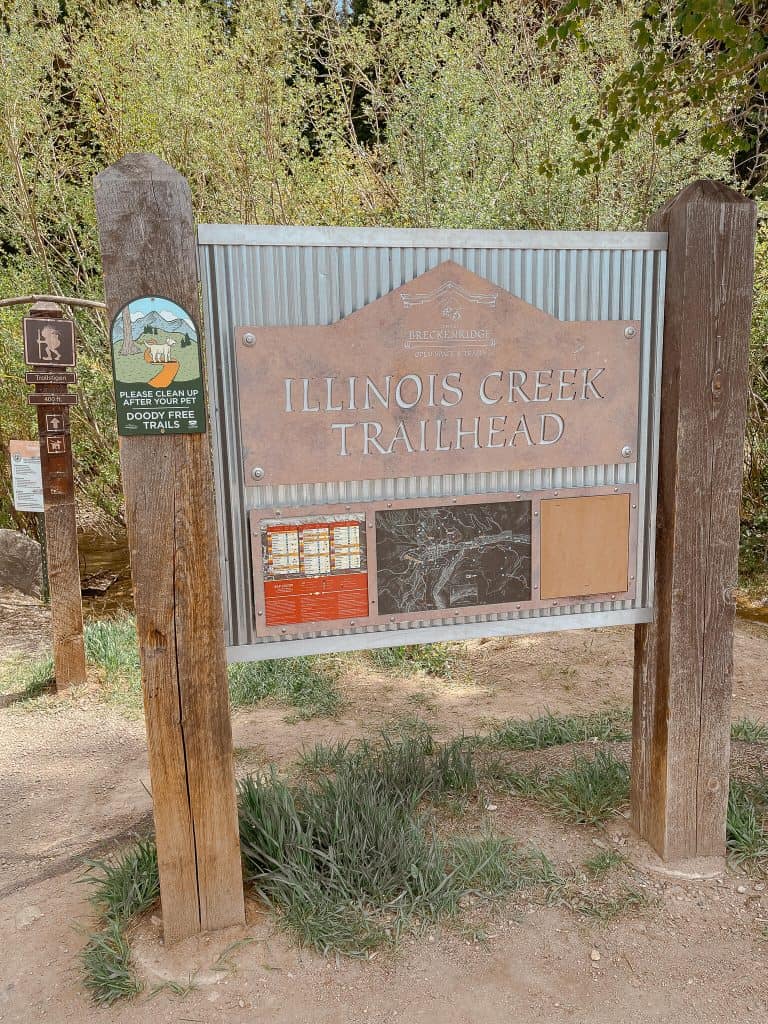 Where Is The Breckenridge Troll Located?

He has his own trail called Trollstigen Trailhead.

Parking was super easy which is located in front of the Illinois Creek Trail and there are cute little troll signs that tell you where to go.

Another free option is to park at the Satellite Lot on your way into town (via I-70) and ride the Breck Free Ride. 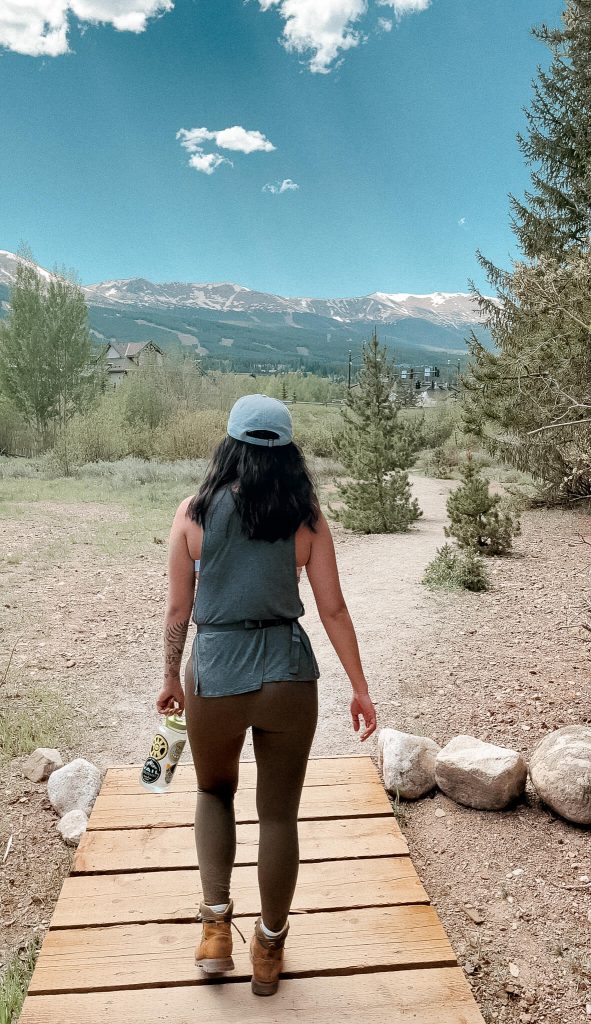 This was a super easy hike to the point where I would not even consider it a hike.

It’s about 0.25 round trip which loops back around to the entrance.

You’ll practically be in and out.

This hike is definitely wheelchair accessible, but would recommend having additional assistance as it does not meet ADA compliance.

Yes, we saw many pets, and we personally brought 4 small dogs with us.

All pets must be on a leash. 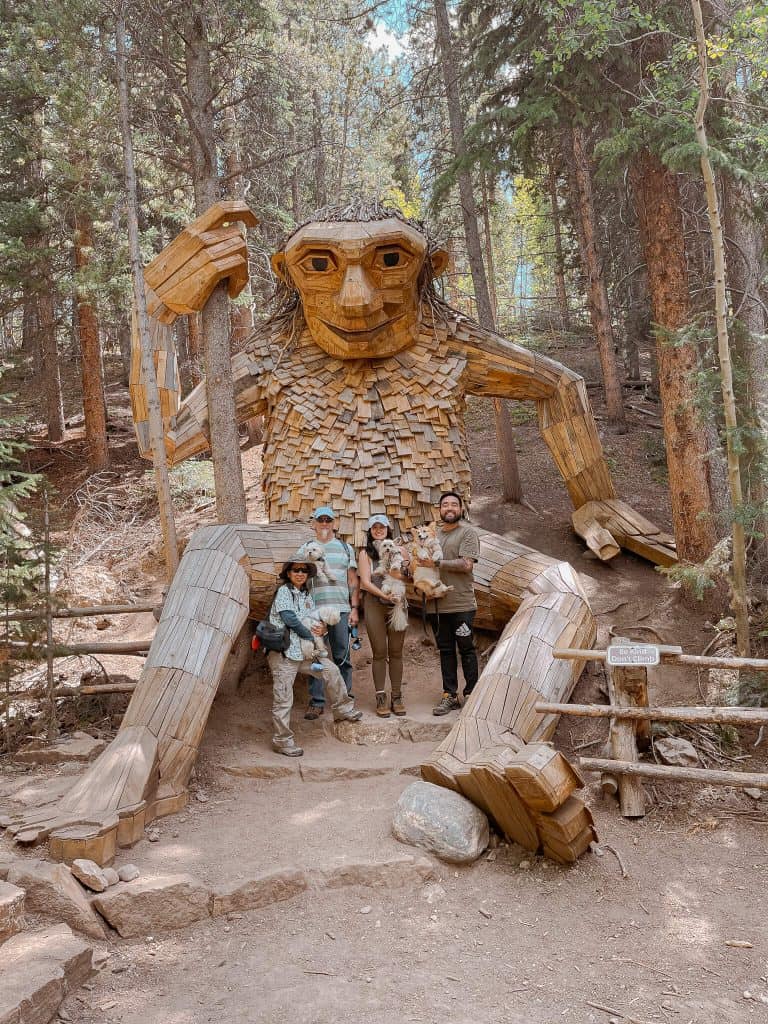 Trollstigen Trailhead: What To Expect?

As previously mentioned, it is a super quick walk to get to Isak Heartstone.

You will not miss it.

Once you get to the Breckenridge Troll, there are a few benches and seats where you can sit and relax.

You probably won’t be able to stay very long because there is constantly somebody or a group of people who would want to take pictures.

Is the Breckenridge Troll Worth The Hype?

There really is no reason why you should not go see it.

The trail to the troll itself is an easy 10 minute hike.

And once you learn about the values and the reason behind the art of Thomas Dambo, the creator of the Breckenridge Troll, it’s even more worth it. 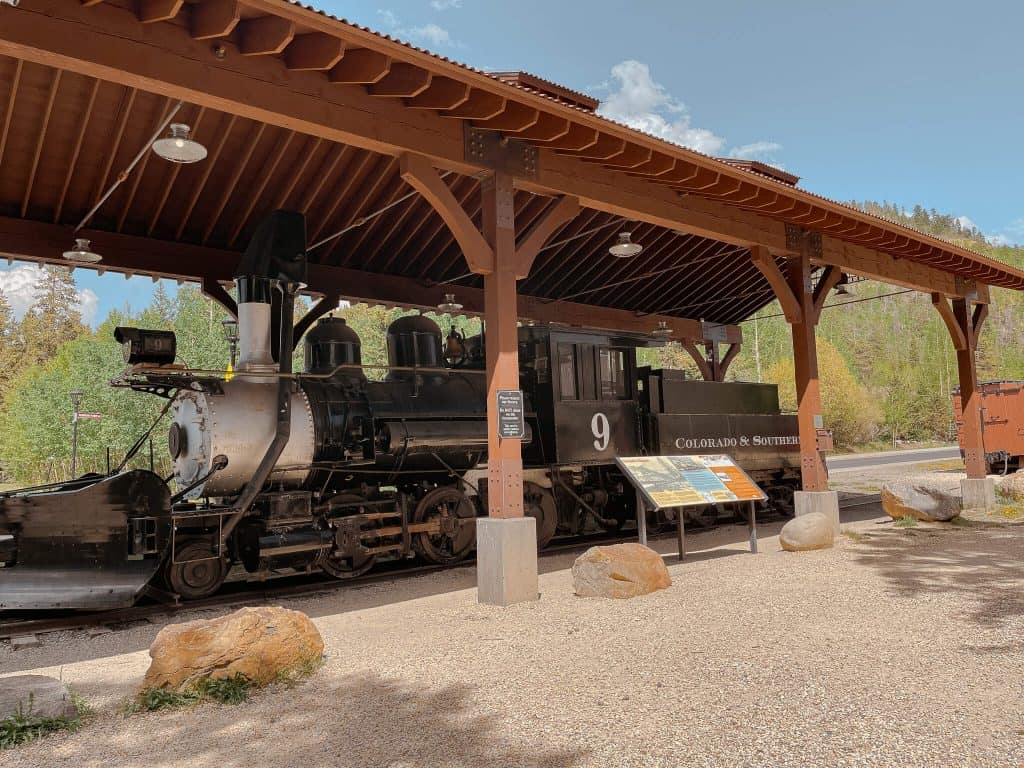 What Are Other Things To Do In This Area?

Since the Trollstigen Trailhead was super short, we also ended up walking the other small trailhead on the opposite side along the creek.

If you follow the creek and keep going towards the main road, you’ll be met with some amazing panoramic mountain views.

We ended up with somewhat looping around into a playground and an old train which is a part of the High Line RailRoad Museum (It was not in operation when we went).

This trailhead was also close to downtown, so you could easily grab some food.

We ended up getting ice cream from a place called Higgles.

They had a huge variety of flavors and would recommend it to anyone visiting Breckenridge. 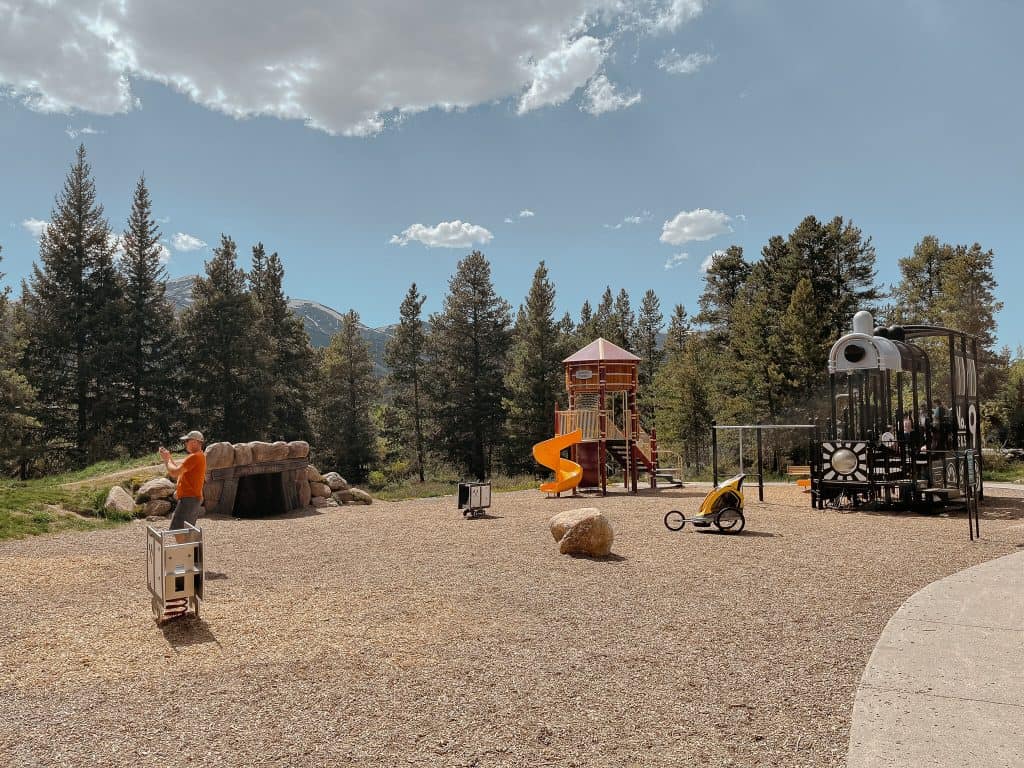 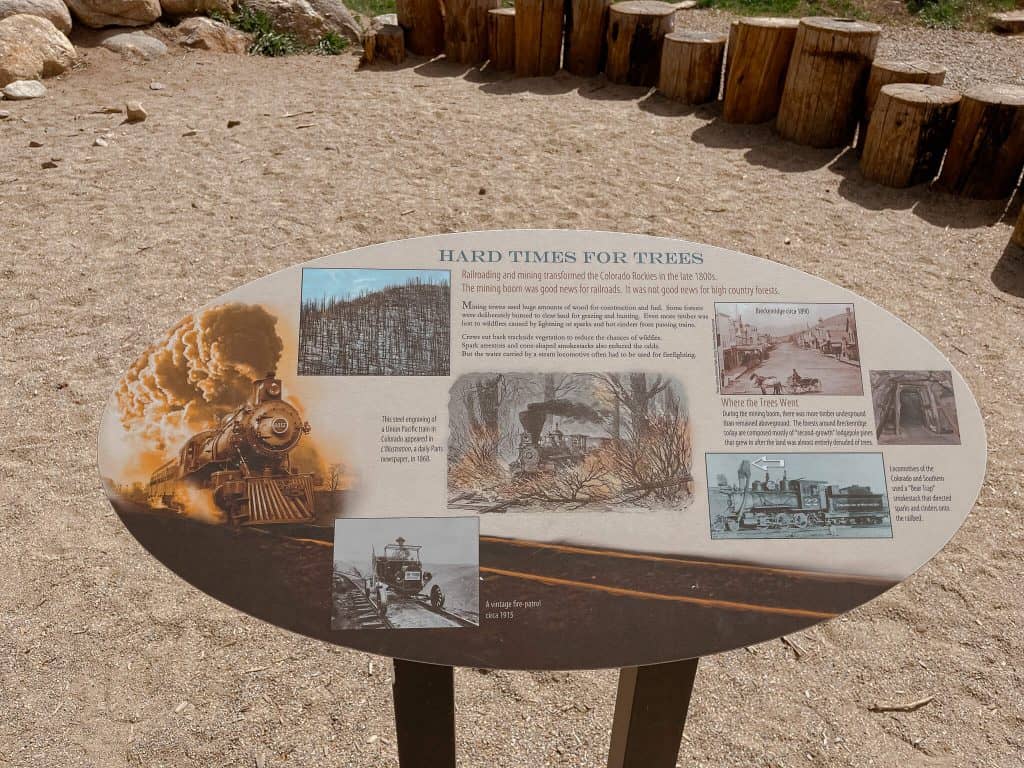 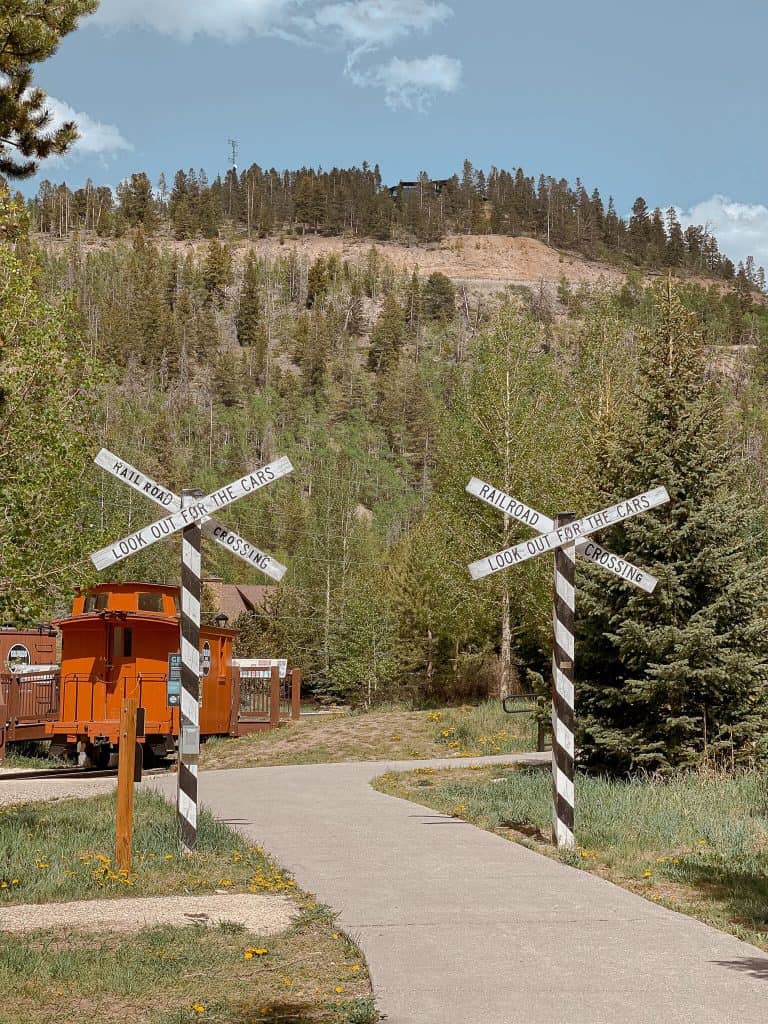 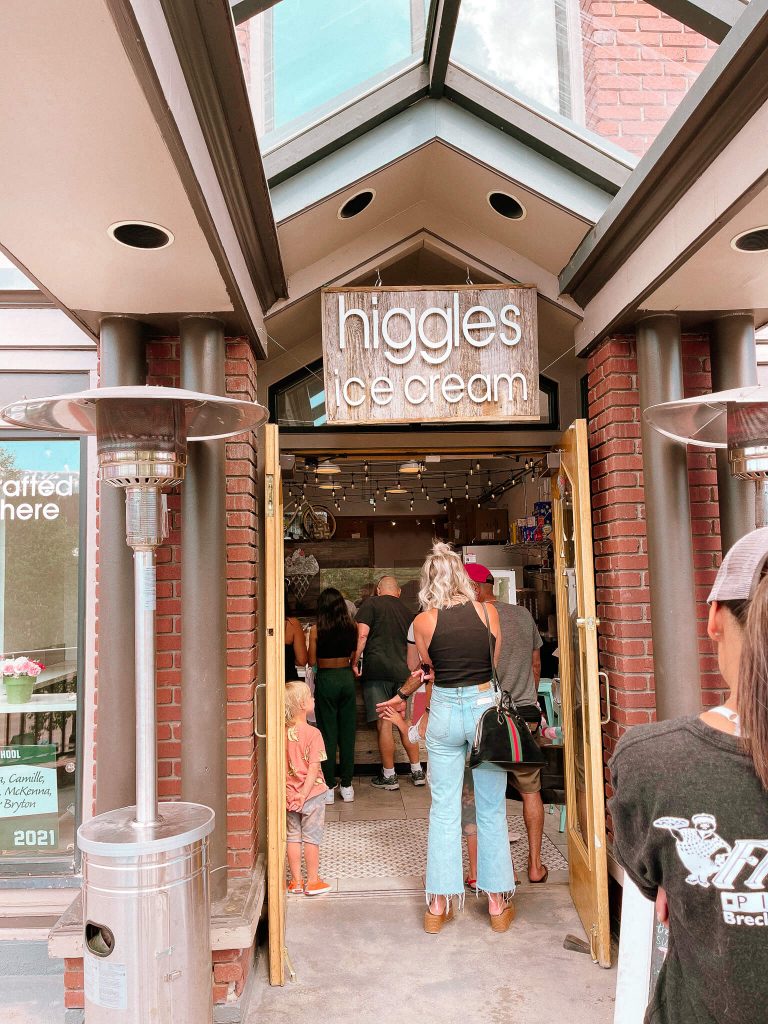 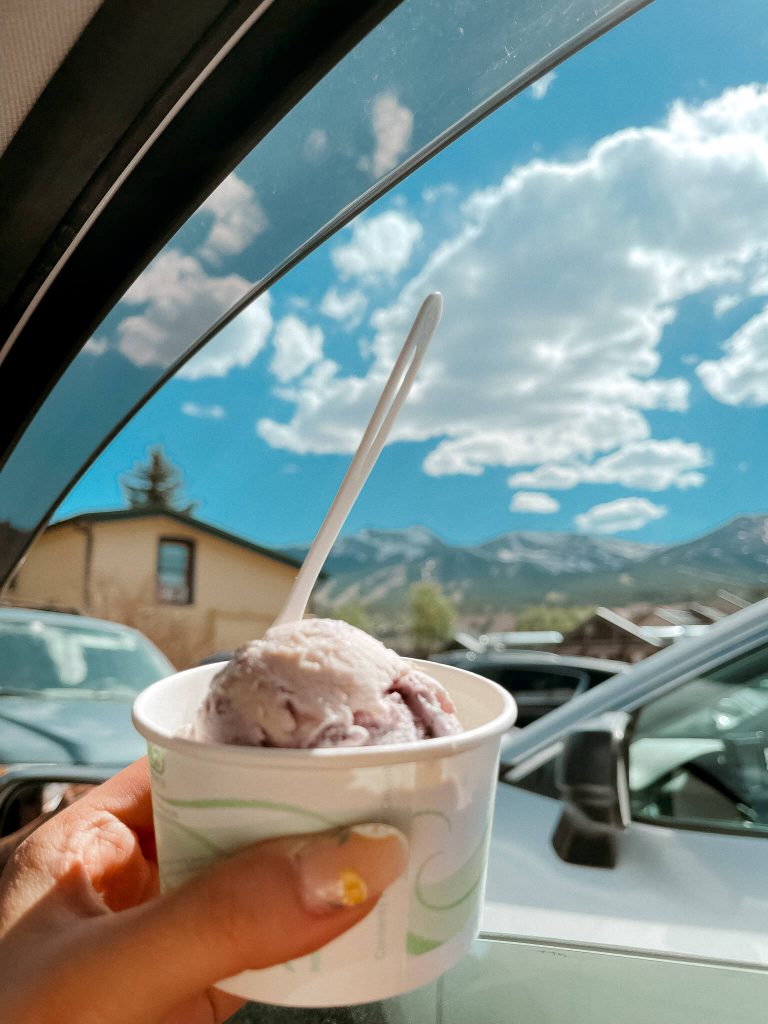 Visiting Other Parts of Colorado?

Say less. Here are other recommendations:

I hope this guide about the Breckenridge Troll is helpful for you.

You can easily add this “hike” into your full itinerary when visiting Breckenridge.

I highly recommend Breckenridge as a day trip from Denver, Colorado, since it’s such an easy drive (about 1.5 hours).

Breckenridge has so much to offer and visiting this gentle giant named Isak Heartstone is one of them.

Let me know if you have any questions!

Do you have other recommendations when visiting Breckenridge? 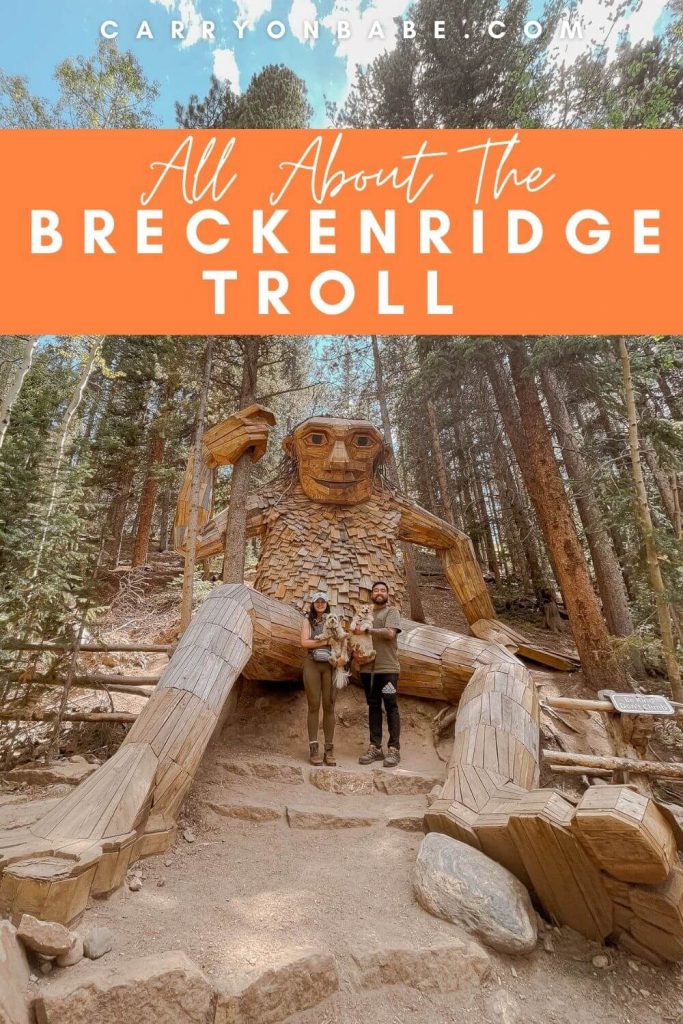 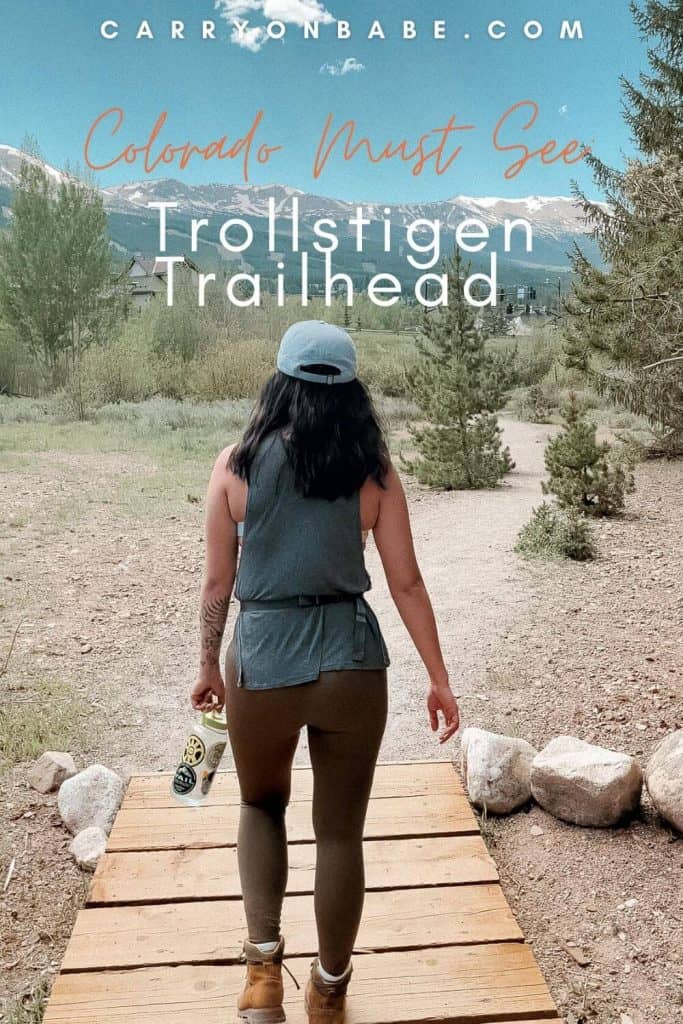 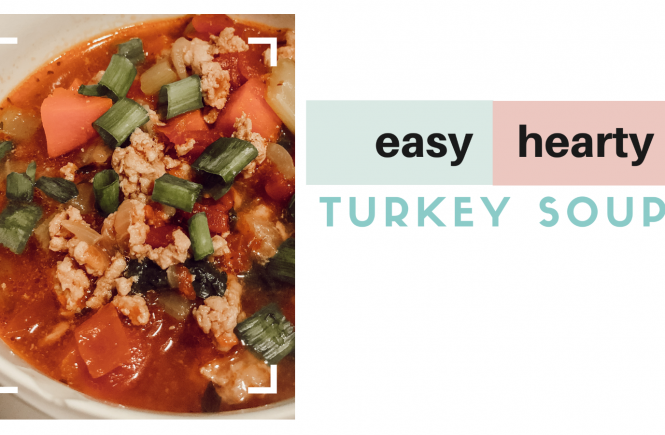 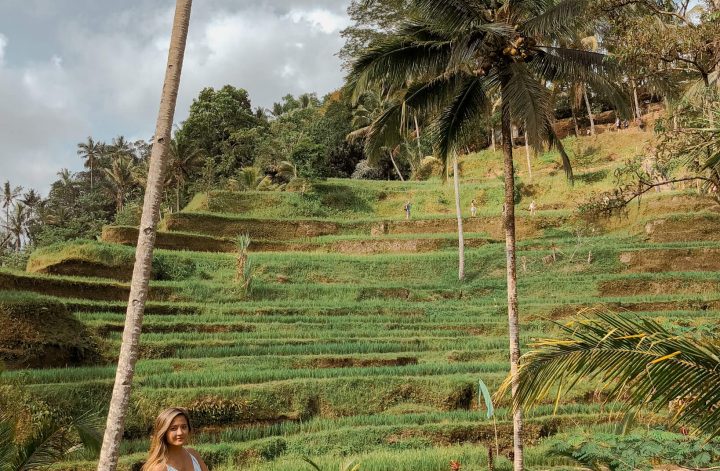 Ubud Itinerary: Best Things To Do And Visit 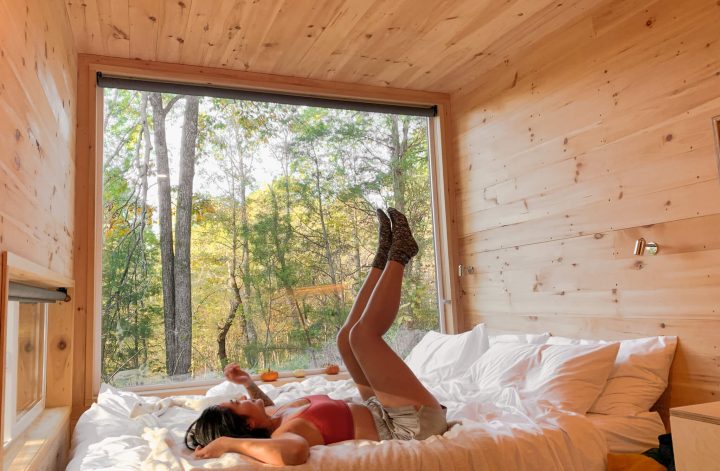 Getaway House Cabin Review: Is It Worth It? 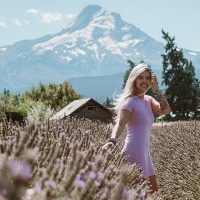 My name is Gian.

I am a Filipina American living in Denver, Colorado

My goal is to empower women to travel by being fearless and unapologetically themselves.

When I am not traveling, I always try to find adventures in the little things. This blog is a place for all the things that I love and enjoy. I hope you find them helpful.

Stay a while. I'm so happy you are here.